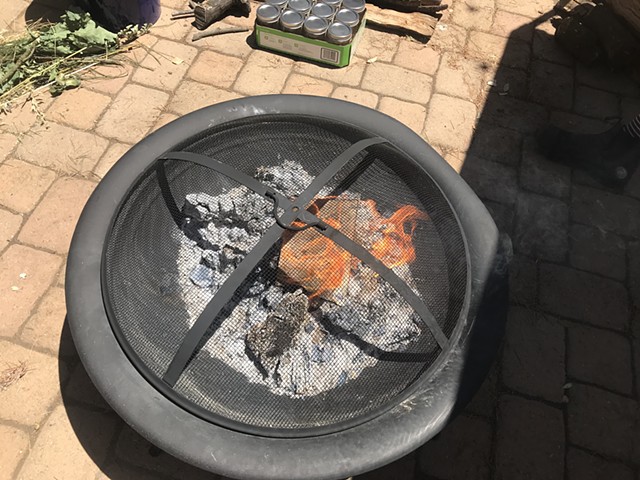 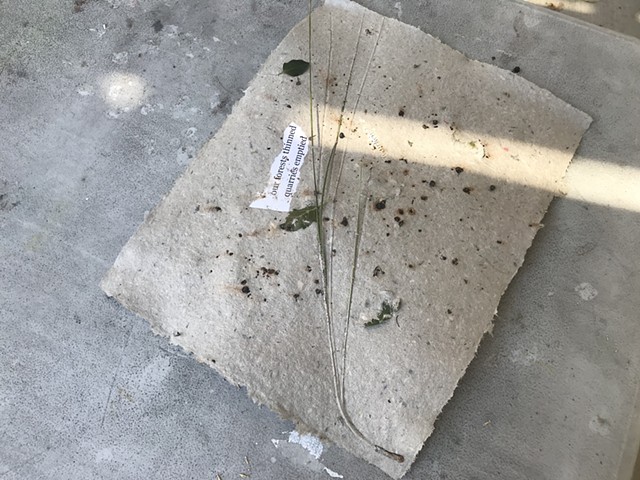 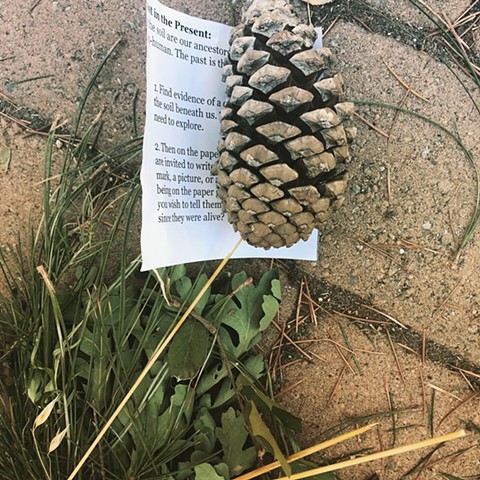 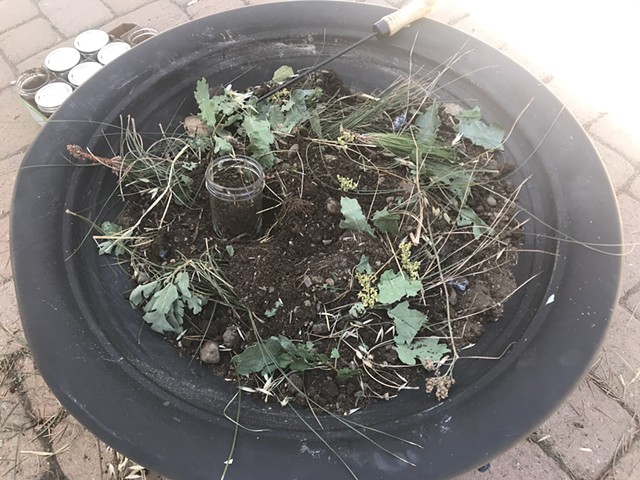 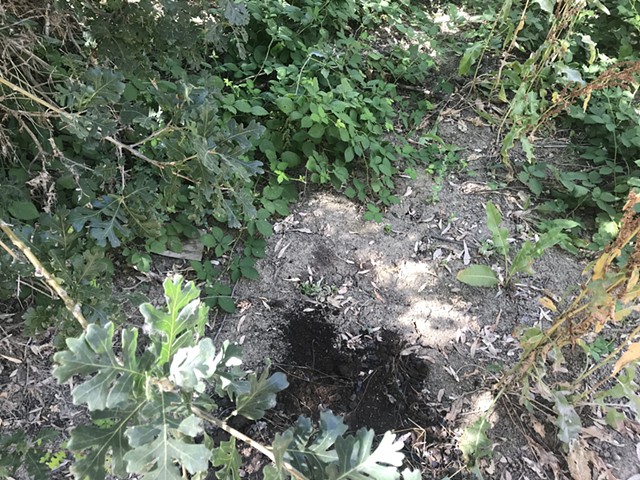 bringing and spreading ash and soil in Putah Creek
video 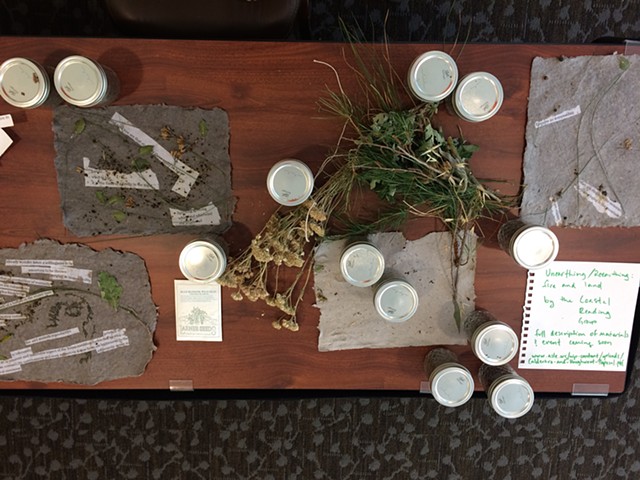 UnEarthing/Re-Earthing is an ongoing project by the Coastal Reading Group that considers how to grieve our current epoch of extinction and loss. We ‘read’ environments by unearthing the particular cultivations that colonial, capitalist landscapes engender. It is our proposal that these landscapes prevent the grief process and that grief is essential for resisting the often blinding narratives of progress by opening up new (and old) temporal possibilities. In order to grieve the profound loss of species and their habitats in the present, we suspect that we have to grieve earlier changes to our environment that have gone unnoticed or that have been blocked. In 2016, the Coastal Reading Group traveled to Sweden where we conducted our first iteration of Unearthing/Re-Earthing, entitled UnEarthing/Re-Earthing: Seeds and Words. Here we took texts related to wilderness, cultivation, and speciation (including texts from UC Davis Plant Sciences affiliate M. Kat Anderson). We then performed cut-ups on them, rolling the resulting words/phrases into seedballs, which we offered to an urban commoning project at the edge of Stockholm. For our second iteration, UnEarthing/Re-Earthing: We Weave and Heft by the River, we traveled to southern England to host an all- night conversation around an open fire about how to recognize and grieve the loss of non-human life and habitat passing at exponential rates in what Haraway and Moore term the Capitalocene. We worked with plants implicated in earlier local ecological transformations (such as Hawthorne, Oak, Corn Poppy), considering enclosure, war, and capitalism in relation to these plants. We propose to deepen the project at the Paradise on Fire conference in Davis, California in the Putah Creek watershed. Here, we continue to consider the ways colonization affects cultivation of landscape, specifically through recuperating a relationship and practice with fire as a regenerative process. Working with handmade paper embedded with native Californian, pyrophytic seeds, we propose a workshop/grieving ceremony where participants write letters to past beings and future stakeholders. These letters will be burned in a safe fire-pit (or an enclosed and portable fireplace, procured by the artists), activating the seeds within. Participants will also have the opportunity to participate in making the paper, through cutting up strips of relevant theoretical texts, turning it into pulp, and pressing it.