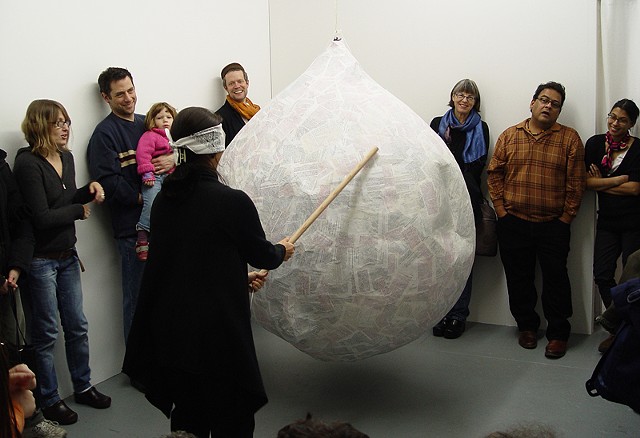 The papier mache piñata was made of layers of Wall Street Journal and Financial Times paper, and covered with layers of texts excerpted from the theory of aesthetics as well as philosophical and scientific texts about human perception. The potential energy it was filled with was released the last day of its existence when the participating viewers took turns to whack it to pieces. The word piñata comes from the Latin word for pine nut, pinnea.