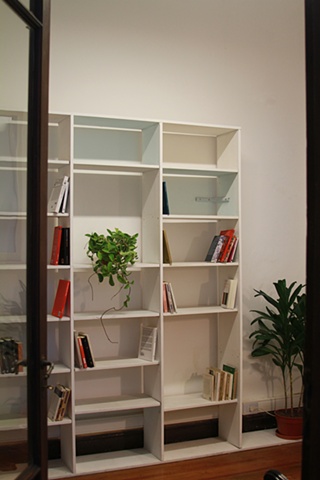 2010 ~ ongoing mixed media, performance based dimensions variable Librioteca Pineal is a growing library consisting of specific titles about aesthetics, theory of perception, epistemology and ethics. It is composed of seemingly opposed sets of books that apparently contradict each other: a fixed understanding of these discourses, and an inquiring and questioning one. The reader of the books will become the hinge between these seemingly antithetical ways of knowing. In this way the person who actualizes these knowledges will be enacting the function of the pineal gland as hinge. Librioteca Pineal is a time-based piece. The artist will expand the sets and lists of titles during an indeterminate period of time, as well as invite other people to contribute to the expansion.